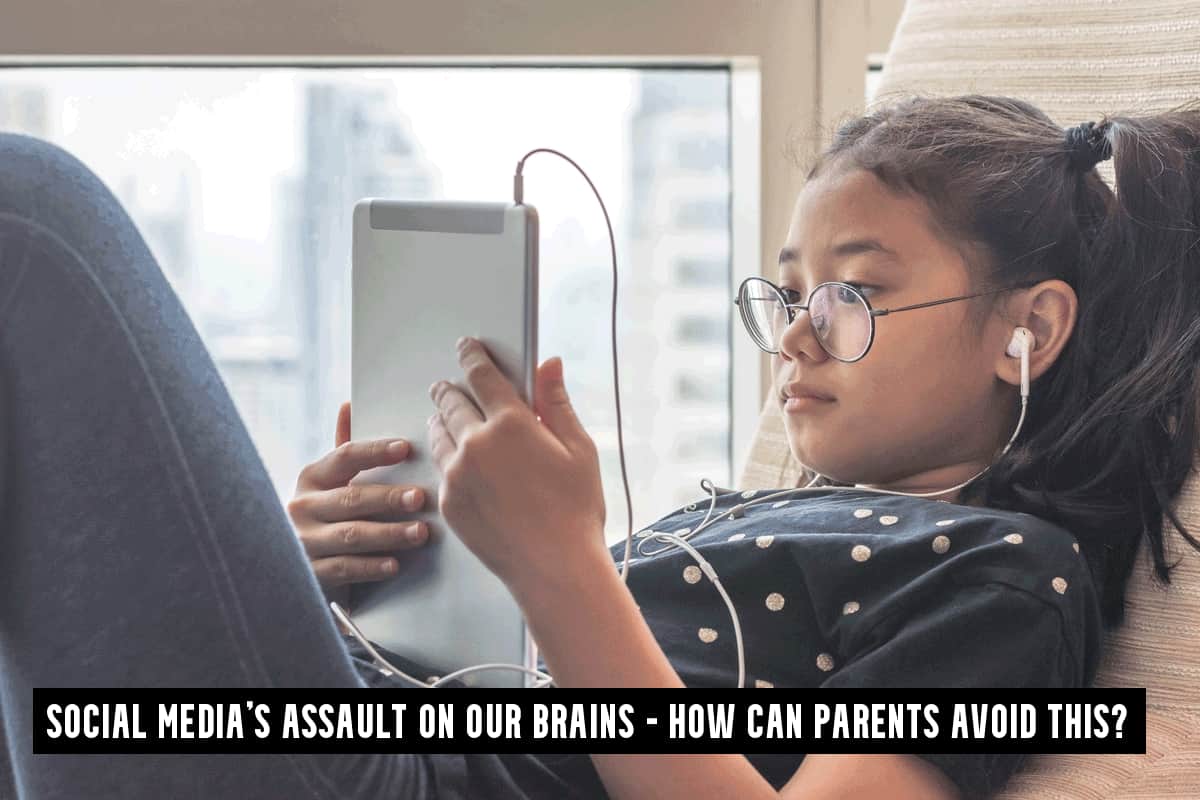 India is a booming market and just like its population, technology users in the country are rapidly increasing. As technology is becoming more accessible to the younger generation, their curiosity for the enticing world of social media is becoming harder to manage for parents.

Why is Social Media Becoming So Common Among Indian Youth?

The primary reason for social media use skyrocketing in India is because of how affordable smartphones have become. Most growing nations, including India, have a substantial smartphone and social media use. About half of the country has a smartphone and is prevalent among the younger and lower middle class too because of how cheap they have become. Thanks to many smartphone manufacturers opening their plants in India where labor is cheap and costs of imports are removed from the equation as a result. Even Samsung has begun manufacturing its phones in India, shifting away from Vietnam.

The outbreak was another reason why most people spent more time on cell phones. The entire educational dynamic altered from being entirely classroom-based to being entirely online. It meant that students spent substantially more time each day on their devices than they did before COVID-19. It meant that kids who did not own a smartphone could not keep in touch with the rest of the class or attend lectures.

India currently offers low-cost 4G data packages for its phones. Many Android smartphone makers have created low-cost models for the Indian market. This contributes to the country’s growing reliance on smartphones.

India also has the biggest net number of active Facebook users in the world. Every week, Indians spend about 17 hours on social media sites such as Facebook, Instagram, and Twitter. It spends more time online than the United States and China combined. And until safer alternatives appear, young Indians are stuck with these outlets to keep themselves updated with the latest happenings in the world.

It’s not just social media use that’s causing massive social problems for Indian youngsters, it’s the addiction to it too.

Addiction to social media increases the risks of getting exposed to the problems associated with it. Social media leads to sexting, fake news, cyberbullying, malware attacks, ransomware schemes, and mental issues including depression, anxiety, and lack of confidence. The difficulty that Indian parents face while attempting to regulate their children’s social media usage is that there’s a lack of understanding and hence empathy. Indian parents are unaware that these problems even exist and so trying to make their kids’ social media experience safer seems impossible. And this lack of knowledge means kids’ social media use often goes unsupervised.

It allows kids to constantly check their cell phones without paying attention to everything else going around them. Even though checking social media accounts for 70% of their total phone use time, the rest of the time isn’t spent on anything productive.

This amount of phone and social media addiction affects their grades. Students lose attention during remote learning sessions as a result of bad grades, their brains wander off-topic, which affects retaining stuff they learned during their lectures which consequently affects kids’ general grasp of course material.

It’s because kids shift their cognitive attention away from the things going around them toward their phones. By dividing their attention between different tasks, their mental development and focus are hampered. Lecture retention suffers as a result of this diminished attentiveness during remote learning sessions. Exam scores and test scores both fall!

According to one study, students who used a smartphone performed worse than those who did not. It is because smartphones allow users to remain connected at all times. And this continuous bombardment of information becomes a continual source of stress, anxiety, and even depression. As previously said, this is becoming increasingly prevalent, and Indian parents need to become aware of their children’s exposure to excessive cell phone usage.

Another factor that makes social media so addictive is that there are a few hidden benefits to it that can prove quite meaningful in forming one’s identity. Social media usage among teenagers is important for emotional support, community building, and self-expression, but it may also have negative effects on mental health and wellness. Furthermore, it is certainly a convenient method to communicate, particularly with friends who live in various regions of the world.

However, like anything in excess is dangerous, social media is no different, despite the benefits that it offers to young kids. Research on social media addiction and its impact on children under the age of 12 throws some insight into the possible hazards of excessive social media usage.

Several studies have found that the impacts vary from the increased online time, behavioral changes, peer pressure, and sensory overload to more serious cognitive and emotional consequences such as attention problems, stress, and anxiety.

At the age of 14, both boys’ and girls’ mental health decreases, but the latter’s mental health deteriorates quicker. At 14, one in every three females was unhappy with her appearance, compared to one in every seven after primary school. One out of every six young people now has a mental disease, up from one out of every nine in 2017. And, because a majority of social media has devolved into nothing more than a popularity contest, it is impossible to avoid feeling inadequate and inferior since constant comparisons are the bread and butter of social media, especially Instagram.

But one of the most toxic and criminally overlooked aspects of social media is becoming a target of cyberbullying. According to studies, victims of cyberbullying get affected in different ways, including emotional, physical, mental, and academic pains. Cyberbullying leaves young people feeling hurt, ashamed, and, in some situations, scared.

Children who get cyberbullied may acquire medical problems due to their stress. They may show signs of stomachaches, headaches, skin problems, and other physical symptoms.

Academic and extracurricular activities for children are also affected. Kids have difficulty concentrating on their homework and lectures. They also begin to withdraw from their friends and family. Their academic performance suffers, as does their social life.

Eating and sleeping habits also get altered. Cyberbullied children have difficulty falling asleep because they have nightmares in which the bully torments them. When children are stressed, their diets get disrupted too because they are worried their diet will affect their appearance, which may cause them to get bullied even more.

They not only get routinely blamed for the agony and abuse they are subjected to, but they are also left feeling extremely apprehensive. According to one research, 35% of cyberbullying victims had severe stress levels.

Victims of cyberbullying frequently experience feelings of loneliness and despair. Many of the targeted students have reported being tormented at school and in online courses. This, in turn, affects their self-esteem and feelings of self-worth. Self-harm and even suicide can result from cyberbullying.

Parents Need to Use Technology to Their Advantage

Technology has become unavoidable at this point, whether we like it or not. And the sooner parents start to realize it, the better. The communication gap between parents and children can get mended by using technology to their advantage. The biggest hurdle between kids communicating with parents can be resolved using a parental control app for Android in India.

Take Xnspy for example. It is an Indian parental control app for Android that restricts websites, imposes time restrictions, and remotely monitors social media activity. Xnspy acts as a social media tracking application for kids, helping parents monitor their social media accounts while keeping them safe. The app can verify that they are of legal age to access the platform on their behalf.

Because Xnspy can watch all social media activity, it can even protect children who rarely visit social media websites. Parents can monitor and limit children’s actions and time on social media to lessen the influence social media has on their lives. Xnspy is a dependable alternative for parents who are not technically adept at navigating the social media space. Because this social media tracking application for kids is extremely beginner-friendly.

XNSPY mobile tracking app for various Android and iOS devices has been a constant success in India due to frequent updates to its popular social media monitoring algorithm. The latest version improves social media application connectivity even faster than before. It also allows for instant message retrieval from popular instant messaging apps such as WhatsApp, Facebook Messenger, and Instagram, meaning with Xnspy, Indian working parents can keep a check on their children’s online activities at all times.

The app can now get larger screenshots, allowing parents to see the whole picture! Furthermore, XNSPY does not save data on its servers for more than thirty days, so only authorized parties will have access to the data, not even the app itself. It is extremely affordable (as low as $5 a month) and takes only a few minutes to install. Once the app is set up, it can immediately start extracting relevant social media data.